What are some of the best track day cars in the world?

Racing around the famed Nurburgring Nordschleife with the fastest time for a class is an enormous achievement - particularly when that car is set to be a mass-produced road car. The 2017 Honda Civic Type R completed the lap in 7:43.80 - a whopping 5.41 seconds faster than the previous record-holder in the front-wheel-drive category, the Volkswagen Golf GTI Clubsport S1.

Road users in Australia don't need track tyres to feel the full force of their cars.

While the new Type R hasn't yet been released, it was in the final stages of production when the lap was run1. It was also completed on road-legal but track-focused tyres1 that consumers are unlikely to get on the car as standard. That being said, road users in Australia don't need track tyres to feel the full force of their cars. Unless you're driving around on a track, you'll be restricted by the speed limits, but you can still make the most of fast acceleration and firm cornering on the open road.

If you have a need for speed, and want to get yourself into one of the fastest production cars in the world (based on Nurburgring lap times), check out the models below. If you're buying second-hand, before you settle on one, make sure you get a CarHistory report to provide you with a more accurate picture of the vehicle's past.

What makes the Honda Civic Type R so much faster than other front-wheel-drives?

The 2017 Type R recorded its lap around the Nurburgring a whole 7 seconds faster than the previous model, despite the two cars running the same engines1.

"The cornering speed achieved in the new Type R is higher because the car features a wider track and tyres, a longer wheelbase, new multi-link suspension in the rear and optimised aerodynamics that improves stability," stated Type R Lead Chassis Engineer Ryuichi Kijima1.

"For example, drivers typically enter the corner after Metzgesfeld at around 150 kph. Even at this medium-speed corner, the speed is around 10 kph higher due to the new Type R's excellent stability. So, with improved cornering performance, we can increase the speed throughout the lap, helping the new Type R achieve a much quicker lap time." 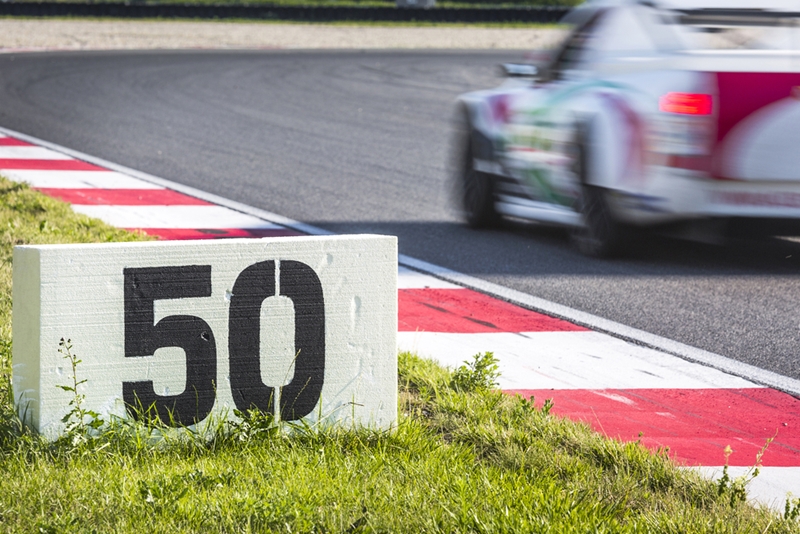 What other cars are record-holders at the Nurburgring?

The 2017 Type R hasn't been released, but there are plenty of previous record-holders and super quick production cars from the Nurburgring that you can still get your hands on, without having to fork out all that money to buy new2:

Any lap that's below 8 minutes around the Nurburgring is a seriously impressive racing feat, let alone a marvel of engineering. Any of the cars mentioned here would be right at home in the garage of a car enthusiast, but they'll only really be in their natural element on a track. You can still drive them to work, though!

What does a track day involve?

Any of the cars mentioned here would be right at home in the garage of a car enthusiast.

Track days are common in Australia - they're essentially periods of around 90 minutes where anyone can come and drive their street cars around famous raceways3. They cost money, but you won't regret paying for the thrill.

Depending on the track and the event you compete in, you might have longer to drive around, or you might be setting lap times to go on a table and see whose car comes out on top. Anyone from amateurs to racing professionals are welcome - so long as you love your car.

To get behind the wheel of a car that's competitive at a track day and isn't a lemon, make sure you get in touch with CarHistory today.

What happens to your car if you don't service it regularly?